Art Haywood is a State Senator serving Pennsylvania’s 4th District covering parts of Philadelphia and Montgomery Counties. He attended public schools and graduated from Morehouse College, the London School of Economics as a Marshall Scholar, and the University of Michigan Law School. Prior to his public service career, Art’s legal work included saving families from home foreclosure, assisting nonprofit organizations to create affordable housing, representing organizations focused on community revitalization through the improvement of education, affordable housing and business development.

Inspired by Barack Obama’s 2008 Presidential campaign, Art served as a canvassing coordinator in Montgomery County and decided to run for Township Commissioner in Cheltenham. He won and served as President of the Board of Commissioners, he started ‘Sustainable Cheltenham ‘ and enacted a nondiscrimination ordinance based on gender identity or sexual orientation. After five years, he ran a won election as the State Senator for the 4th district. During his first term as a State Senator, Art held what is now the annual Gun Violence Awareness Day in the capitol, offered reading camps for over 400 children, supported the affordable housing legislation that was passed in HBG, helped reduce homelessness through expansion of the Pennsylvania Housing Affordability and Rehabilitation Enhancement Act, increased support for independent investigations of police killings, advocated for raising the minimum wage, and got a permanent Trailblazers exhibit of  famous African Americans in the Capitol.


Kurt Meyer lives in rural Mitchell County, Iowa, the sixth generation of his family to do so.  He is an active in his community and in various fields of interest.  Kurt is active in politics, having been a candidate for public office, campaign manager and field organizer for political candidates, and chair of several county and regional political organizations. He is quoted extensively regarding Iowa politics in the national media, including the New York Times, the Wall Street Journal, and National Public Radio. In 2015, he was a guest on The Rachel Maddow Show; that same year, he was inducted into the Iowa Democratic Party Hall of Fame. He is currently Chair of the Finance Committee of the Iowa Democratic Party.  For 37 years, Kurt has been a consultant to non-profit organizations, assisting them with strategic planning, community relations, and fundraising. 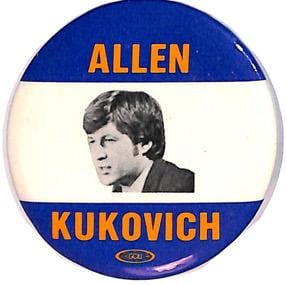 ADA Treasurer, Allen Kukovich, is a former member of the Pennsylvania State Senate, where he represented the 39th senatorial district from 1996 through 2004. He was also a member of the Pennsylvania House of Representatives from 1977 through 1996. He served as the Pennsylvania Democratic State Chairman from June 2002 through March 2003. He has served as chair of the ADA National Executive Committee and a Pittsburgh Area ADA Chapter leader. His is a founding board member of Smart Growth, an organization that enables communities to enhance their viability, quality of life, and long-term sustainability. 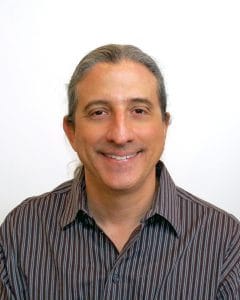 ADA Secretary Clifford J. Tasner also serves as President of the Southern California chapter of ADA.  He began his life of activism as an intern on the Mondale/Ferraro campaign while he was at Tufts in Massachusetts.  When he moved out to Los Angeles in 1987, he got involved with the Pro-Choice Movement, defending women’s clinics against attacks by operation rescue.  He writes and produces the songs for the political satire group, The Billionaires and works as a film composer.  He serves as a delegate to the California Democratic Convention.  He has been a member of the ADA SoCal board of directors since 1999. He served as Chair of the Endorsement Committee since then and Secretary of the chapter from 2001 to 2014.

Jack Blum is an expert on white-collar financial crime, international tax evasion and one of this country’s premier advocates for victims of financial fraud. He spent fourteen years as a staff attorney with the Senate Antitrust Subcommittee and the Senate Foreign Relations Committee. He played a central role in the Lockheed Aircraft bribery investigation of the 1970’s – which led to the passage of the Foreign Corrupt Practices Act – and in the investigation of the Bank of Credit and Commerce International (BCCI). Blum has been a consultant to the United Nations Centre on Transnational Corporations, the United Nations Office of Drug Control and Crime Prevention, and served as the chair of the experts group on international asset recovery, which was convened by the United Nations Centre for Drug Control and Crime Prevention. He often testifies about money laundering and tax evasion before U.S. congressional committees. Currently, Blum serves as ADA Counsel and is Chair of Tax Justice Network USA, and the Violence Policy Center.