Donate to the Americans for Democratic Action’s efforts to end Trumpism and save democracy. Your donation will not be tax-deductible but will make a difference! 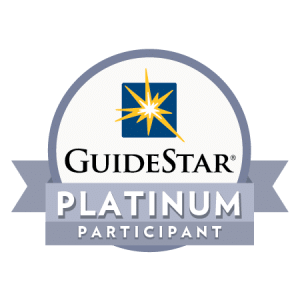 Donate to the Americans for Democratic Action Education Fund’s programs and services that educate voters and elected officials on key issues and empower tomorrow’s liberal leaders. Your donation is fully tax deductible. You can also help ADA Education Fund by using GoodSearch, GoodShop, or Smile

By joining the ADA and/or the ADA Ed Fund Sustainer Club, you are saving your favorite organizations from spending some of your donation on contacting you through the mail! Members of the ADA and ADA Education Fund Sustainer Clubs will not be solicited while monthly payments are being made.

Let’s seize the moment.  With your help, ADA/PAC can send a clear message that there is a strong liberal base for the candidates who share our values.  And, that is indeed the message that will be sent when ADA/PAC supports liberal candidates on behalf of all of us – a dedicated block of liberal voters.

This just in… ADA has recently been notified of being a recipient of four different estate gifts. A very preliminary dollar estimate is that these four gifts (none of which have yet been received) together will total in the low six-figures.

While we mourn the loss of four individuals who valued ADA enough to include the organization in their wills, ADA did not know in advance that ANY of these generous donors had been so inclined.

So, how much do YOU value ADA? If the answer is, “Well, actually quite a bit! I stand with the organization year after year, issue after issue, campaign after campaign…” then you, too, should consider supporting ADA in your estate plans.

When you do so, and when you notify ADA, you will automatically become a member of ADA’s Liberal Legacy Society. (You may wish to remain anonymous, which is certainly fine with ADA.) AND when you do so, you should feel a surge of satisfaction, knowing that ADA, with your support, will be advancing its mission even after you are gone.

Hooray for your foresightedness!

(Obviously, estate plans can get complex. If you wish to discuss your plans in detail, please call Don at 202-600-7762 or email Don at dkusler@adaction.org to have this conversation.)